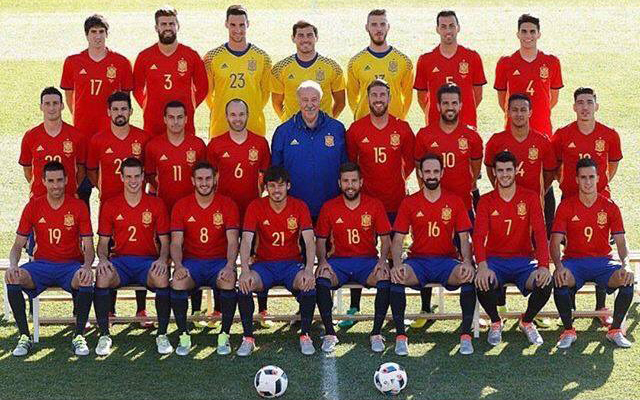 Spain got through to the knock-out stage as second in their group, but they were beaten by Italy in the round of sixteen. (27.06.16)

Spain finished top of their qualifying group, and have been paired with the Czech Republic, Croatia and Turkey in group D. (11.12.15)

Spain start off the defence of their double European title against Macedonia in September after the group stage was confirmed today. Vicente Del Bosque's side have been drawn in group C together with the Ukraine, Slovakia, Belarus, FYR Macedonia and Luxembourg. The nine group champions and nine group runners-up will all qualify for the 24 team finals in France in summer 2016 together with the highest ranked third placed side, with the eight other runners up playing off for the four remaining places. This time around qualifying matches will take place on any day of the week under UEFA's new "Week of Football concept". (23.02.14)